Spirits of The Air, Gremlins of the Clouds (Blu-ray Review) 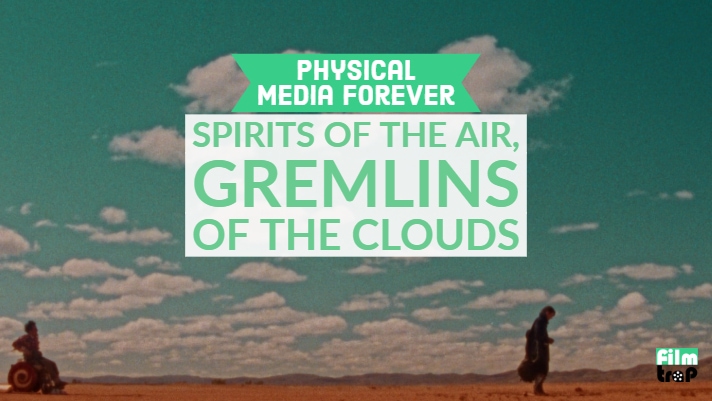 Honestly, this review should just be a series of screengrabs from the film.

Soak in the beauty. 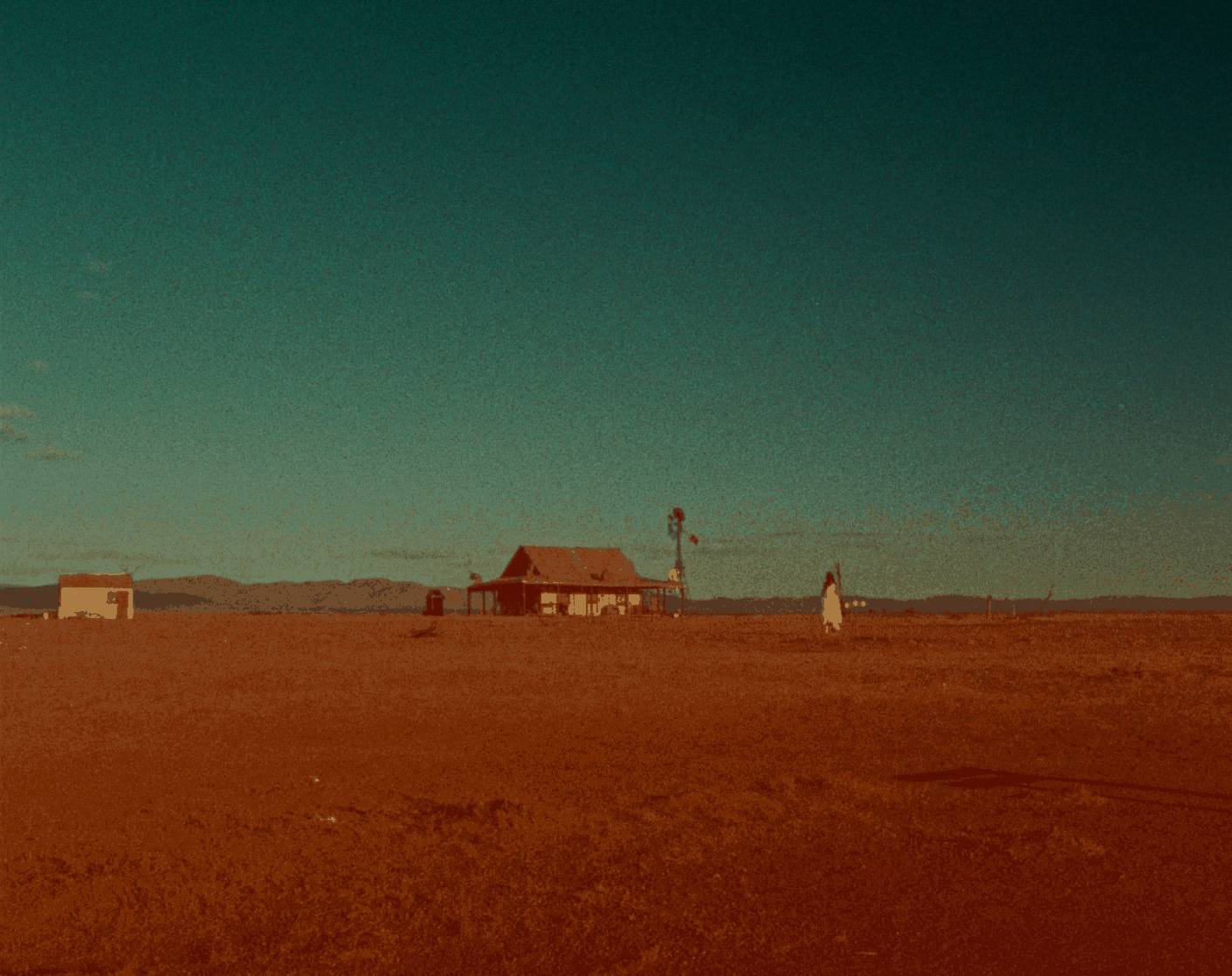 The first feature by Director Alex Proyas (The Crow, Dark City, Gods of Egypt) Spirits of the Air, Gremlins of the Clouds plays like a meditative riff on the works of Tarkovsky filtered through the visuals signifiers of Spaghetti Westerns and 80’s camp. Set in the endless sprawl of the Australian desert, it’s story of a man on the run (Norman Boyd) who stumbles upon a cross covered house in the middle of nowhere owned by a wheelchair-bound inventor (Michael Lake) and his kooky cello-playing sister (Rhys Davis). The man on the run wants to keep moving north, but impassable mountains block his way, and the only way to surmount them is to help the paralyzed inventor perfect a flying machine.

So begins a slow, and thoughtful, quest to conquer the skies.

Shot in eye-searing colour by the director of photography David Knaus and buoyed on the gentle synth waves of composer Peter Miller, Spirits is a fairly uneventful film, that may even seem at first to be simple to the point of slightness, but Proyas masterfully sneaks in an emotional core. It’s a story that hinges on a single decision you may not even realize is a problem until the moment of truth arrives.  Michael Lake pulls surprising pathos as the dreamer who would do anything to touch the clouds and his Rhys Davis plays his sister as an overacting loon (who has a new outfit everytime she appears) until her injured emotions bubble to the surface.  Proyas is known for building bombastic spectacles, so I was pleasantly surprised to find his first outing on the big screen to be straight up arthouse experimentation. 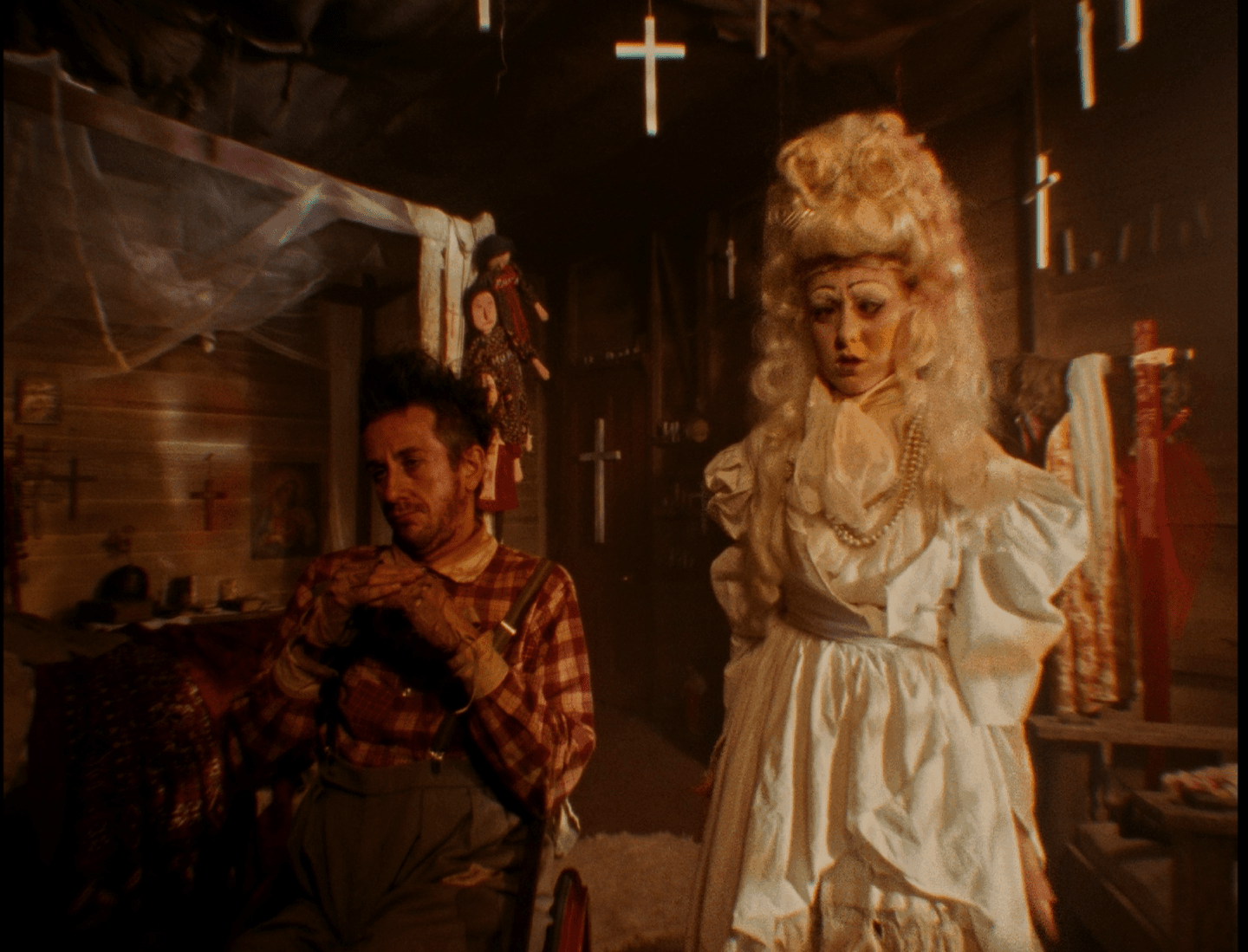 For decades, the film has only been available in washed out video releases, but thanks to a herculean restoration project by Umbrella Entertainment and Roar Digital, SPIRITS can finally be viewed in all of the immaculately lensed glory and Umbrella Entertainment pulls out all the stops for their ALL REGION Blu-Ray release. Special features include a commentary over the film with the affably chatty Proyas and a second commentary with the Craig Wood (the editor) and (the composer). Featurettes include fly on the wall footage, an interview segments with cast members Michael Lake and Rhys Davis, and a handful of stills and music videos.

Highly recommended for someone who wants to ingest 80’s music video aesthetics at a chill and thoughtful pace. 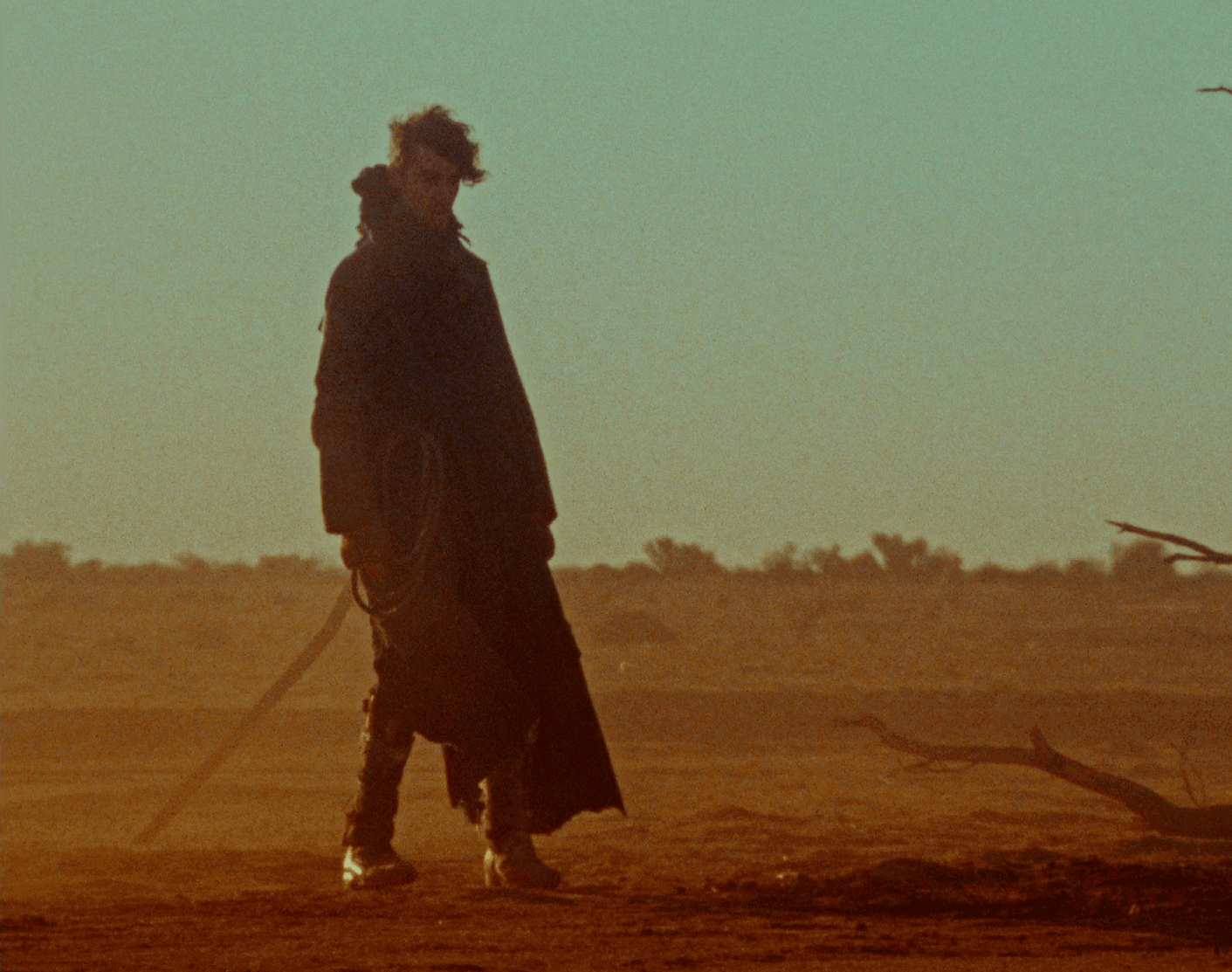