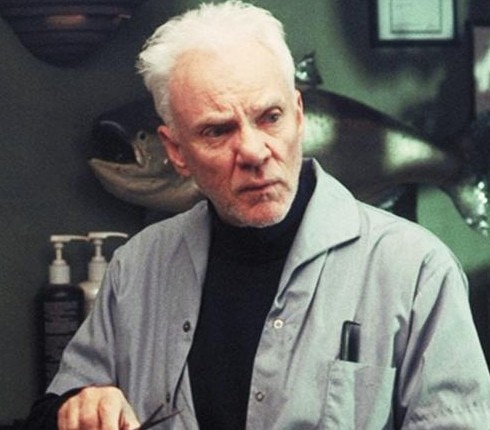 When there’s no more room in the video store, the dead titles will… hit the sell-off bin? Here I subject myself to some of these movies before they get lost in the abyss. 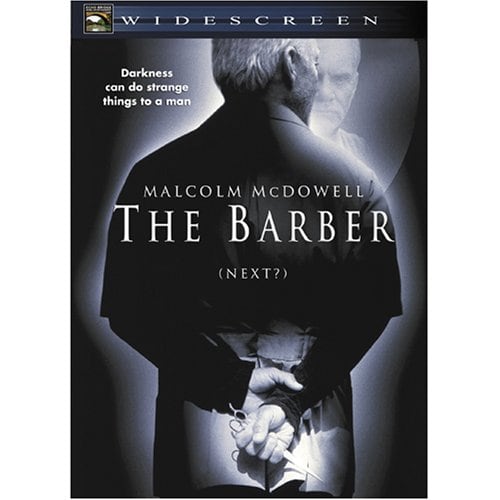 Malcolm McDowell, once that young rascal in edgy British movies of the 1970s, has appeared in approximately 864 low-grade genre movies in the past couple of decades, including recent titles such as Vampires in Hollywood, Lady Psycho Killer and Grow House, where he plays a character named Dr. Doobie. So what makes a movie like the direct-to-video thriller The Barber worth talking about? Because he plays a killer barber, of course!

With the obvious exception of Sweeney Todd, I feel like the killer barber/hairdresser trope has been sorely underused in movies. There’s another more recent movie also called The Barber starring Scott Glenn that seems to share a few similarities with this but that’s all I could really find from a quick search. Since the DVD cover shows McDowell’s back as he clutches a pair of gleaming scissors, I was excited to see him slice and dice hair and then slice and dice other things. Yet it’s pretty apparent from the opening scenes that this isn’t going to be just some run-of-the-mill slasher movie. 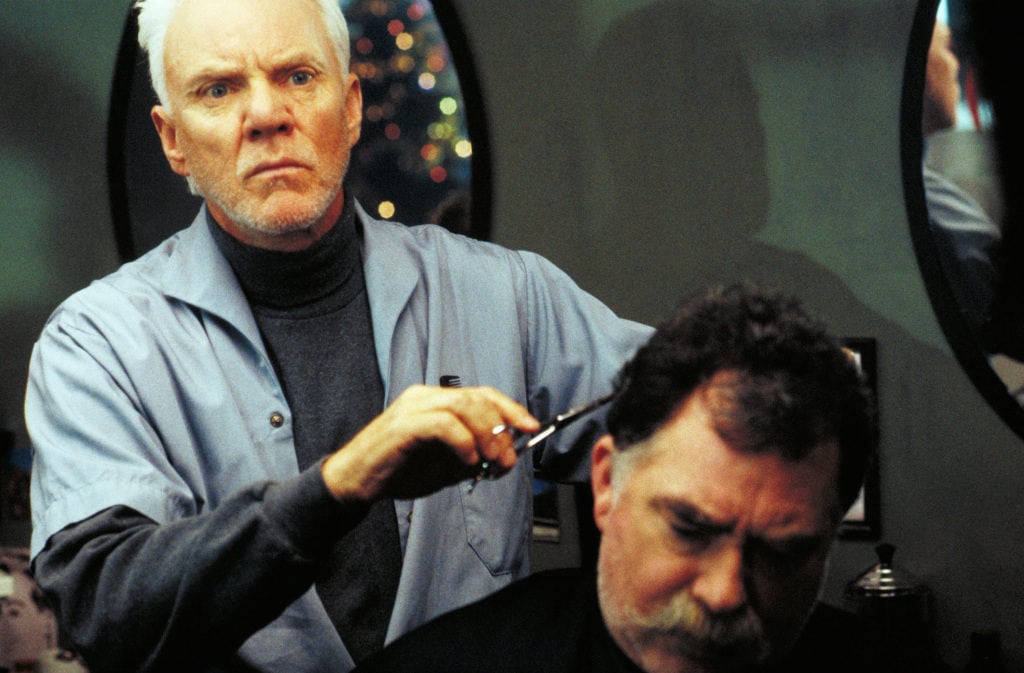 McDowell plays Dexter Miles, who lives alone in a remote Alaskan town. As the community’s barber for many years, everyone knows him and loves him. He’s charming and funny and generally very Malcolm McDowellian. He’s also a serial killer who moved to the area a long time ago to evade the law for a previous killing spree elsewhere in the country. And while it is assumed that he’s been able to keep this side of himself under wraps since he took on his new identity, you know what they say about serial killers… they can’t stop… killing people. So in the opening scene, two dumbass locals on a deer hunting jaunt in the woods trip over the grisly remains of a dead body that happens to be Dexter’s latest victim.

Since most of the people in the town are of the less intelligent type, including the dense Sherriff Vance Corgan, FBI Agent Crawley is sent to the town to investigate. Oh and since winter is just beginning in the Arctic Circle, it means the town is plunged into endless darkness, which gradually starts to affect Crawley’s investigating prowess and sanity. So it’s kind of like the opposite of Insomnia.

That excellent Norwegian film isn’t the only thing that director Micheal Bafaro seems to be taking inspiration from here. It looks like he was trying to create his own Twin Peaks environment with the way he focuses on several of the town’s kooky residents, all of which weave in and out of the plot with a strange randomness. But unlike that show, there’s no mystery as to who the killer is, so it becomes more about the tension of when and how the cops are going to find out that McDowell’s seemingly innocent barber is actually a ruthless killer. Even that gets set aside, however, so that at a certain point, the movie just feels like a weirdly pleasant mosaic of life in this Alaskan town – a town that just happens to have a serial killer lurking in the background. 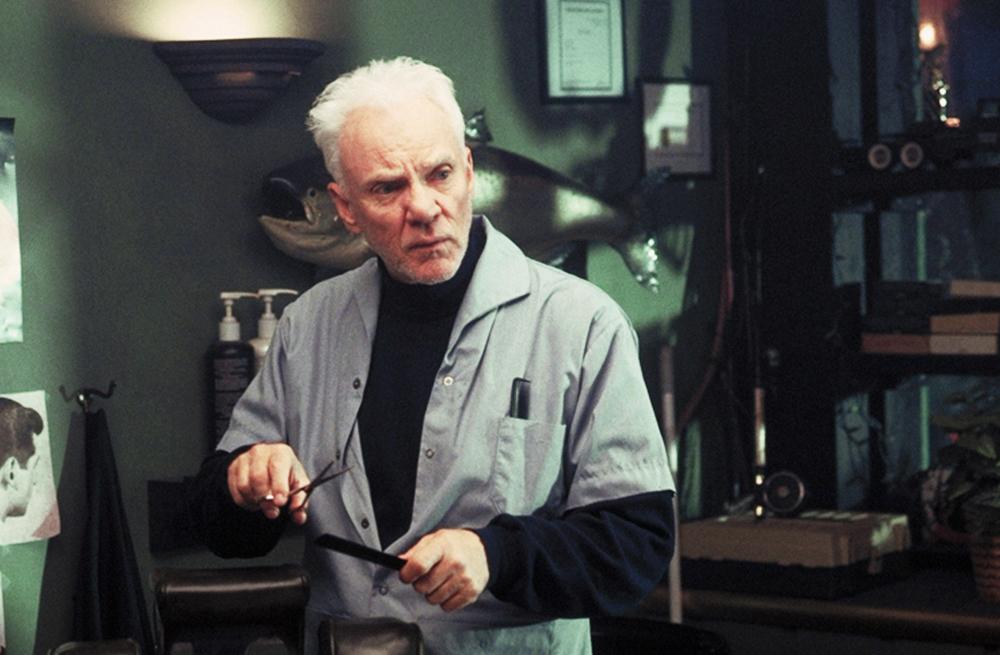 This is actually a pretty neat idea for a movie and it sort of works for a while. But then I guess Bafaro felt like he needed to get back to crime movie procedural mode and throws an abrupt ending together where Dexter Miles is eventually found out due to some of the most ridiculous contrivances I’ve ever seen. But even once this happens, The Barber still doesn’t end the way you expect it to, instead choosing some bizarrely wacky climactic moments to go out on. The final scenes sure do stretch the realm of disbelief to the point where the whole thing may be just be a dream, but at least it goes out with a bang.

Actually, now that I think about it more, maybe it is just a dream. Or maybe they should have had a final shot where it zooms out and the whole movie has been taking place in an ornate snow globe. Maybe I’m overthinking The Barber too much.

Bafaro would go on to have a pretty steady career in direct-to-DVD horror movies and McDowell showed up later that year in the CLASSIC movie adaptation of I Spy with Eddie Murphy and Owen Wilson. But for a brief period of time in the Alaskan wilderness (or Canada, where it was naturally shot), they came together for this odd little fable about how you never really know the people close to you. And also how you should be careful who’s cutting your hair because those scissors are SHARP.